In a rotting Gotham City, Arthur Fleck (Joaquin Phoenix) is a clown for hire with bigger dreams of becoming a stand-up comedian. A somewhat unattainable fantasy as Arthur’s medical condition causes him to uncontrollably cackle despite his inner agony, alongside his inability to understand what makes the world around him laugh. Still, Arthur persists and settles down in front of the television every night with his frail mother Penny (Frances Conroy), for whom he cares for, to eagerly watch his idol, smug chat show host Murray Franklin (Robert De Niro).

As the city continues to decay with garbage strikes and budget cuts, an uprising that had been simmering below the surface boils over after the violent murder of three businessmen. Millionaire Thomas Wayne (Brett Cullen) insights further hatred by describing the city’s lower-class who revelled in the wake of the attack as “clowns”, spawning mass riots with defiant “kill the rich” placards. 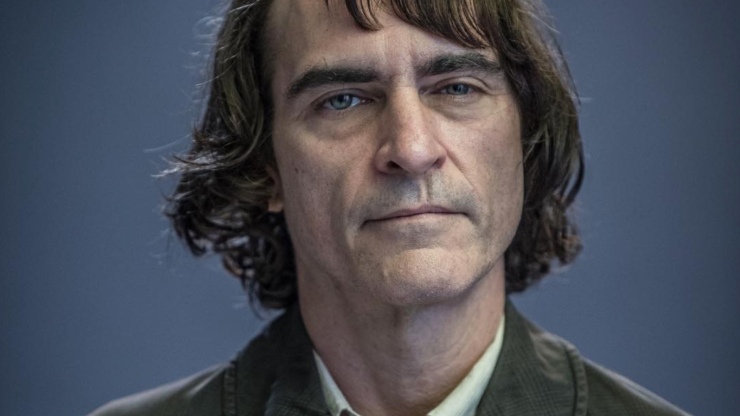 Gotham burns with the unheard finally finding their voices and consequential events ignite a change in Arthur. Gone is the self-pity that once consumed him, replaced with the bold confidence of a man with nothing left to lose and finally, the birth of the Joker.

Once that switch has been flicked, there’s an overbearing sense of impending doom, amplified by Hildur Guðnadóttir’s haunting score, and there’s no going back. In an incredibly physical performance, despite being skeletally thin, Phoenix’s demeanour transitions from running for his life with raw urgency to a domineering strut or calmly smoking a cigarette with a terrible intensity in his eyes in place of jittery chain-smoking.

With Arthur gaining control of life for the first time, regardless of how bloody, sheer euphoria washes over him and Phoenix is utterly mesmerising as he loses himself in a hypnotic dance. In a film that’s occasionally heavy-handed around him, Phoenix holds the intricacies that make the Joker such a beloved villain or antihero in Arthur’s case.

Phoenix’s portrayal thankfully couldn’t be further away from the “damaged” tattooed incarnation played by Jared Leto in 2016’s Suicide Squad. Instead, sitting alongside and wonderfully contrasting Heath Ledger’s enigmatic anarchist and the cartoonish charm of Jack Nicholson’s turn.

Writer-director Todd Phillips (for whom this is a huge departure from The Hangover series) and co-writer Scott Silver focus on the catastrophic outcome of overlooking mental health and the creation of a society-made menace. While some elements are unnecessarily spelt out, Arthur’s journey is arduous but at times cathartic. With a weak flicker of a moral compass still alive somewhere within him, the film evokes challenging, unexpected responses to his brutal crimes.

While many previous DC movies such as Batman v Superman have had a faux gritty aesthetic, cinematographer Lawrence Sher frames Gotham as a festering pit that throbs with oppression, a putrid city that’s out to get Arthur as much as its inhabitants. There’s also a lack of CGI that’s been commonplace, instead, the film takes cues from Martin Scorsese classics The King of Comedy and Taxi Driver. As Arthur tentatively cares for his ailing mother, there are also echoes of Lynne Ramsay’s remarkable You Were Never Really Here in which Phoenix also starred as a complex, traumatized soul.