Delving into the depths of horror with his second feature, Trey Edward Shults’ masterfully crafted It Comes at Night offers far more than cheap thrills.

As an unexplained virus ravages the world, a family led by patriarch Paul (Joel Egerton), his wife Sarah (Carmen Ejogo) and son Travis (Kelvin Harrison Jr) simply survive in their remote home. When intruder Will (Christopher Abbott) breaks in, Paul agonises over the decision to allow him, along with his wife Kim (Riley Keough) and young son Andrew (Griffin Robert Faulkner) to stay. Coexisting with them brings benefits such as food and human contact, but the air is soon thick with distrust. 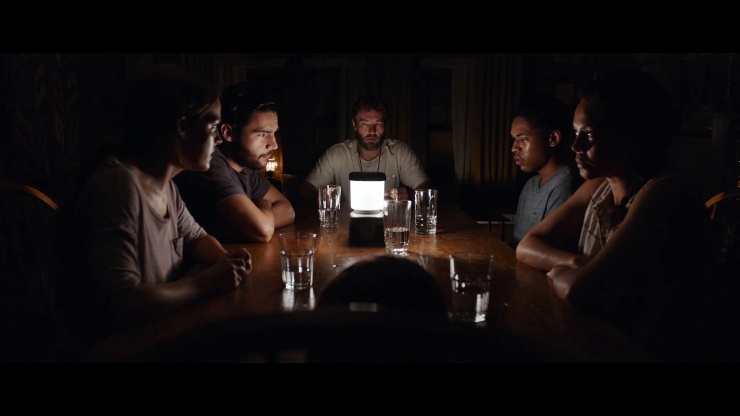 We see the ruin of the world from Travis’ perspective, through his nightmares, we sink deeper into his subconscious. Revealing that what comes at night is not an evil that will spawn an unwarranted franchise, but human nature, a darkness that’s within us all. Tragedy from the offset evokes grief, death is a looming character that isn’t cast. The presence of a new family stirs desire over chance midnight meetings. Fear lurks around every corner as friendship turns to wariness and envious glances are exchanged from father to stranger. Harrison Jr is truly captivating as an innocent youngster who is caught between adolescence and the end of the world.

Edgerton walks the line between stern survivalist and family man. As he bears the responsibility for much of the critical decision-making, one moment I was in awe of his calm rationale, the next frozen by his explosive temper and sharp tongue. Critically though, we always understand his actions. There are also glimpses of the man that’s been lost along the way, scarce small moments of reprieve filled with delicate affection or the pleasure of a conversation over a drink.

Constructing a family drama in the vein of a horror film with his 2016 debut Krisha, it’s no surprise that Shults feels at home within the genre. With a tight family dynamic, It Comes at Night borrows from its post-apocalyptic predecessor The Road. There are also echoes of The Shining as we witness a mind slowly unravelling, wander down endless corridors and are lured to forbidden doors. Returning cinematographer Drew Daniels again captures haunting close-ups and this time around creates a hypnotic quality to the film. Flickering between illuminating lanterns and eerie illusions, skewing perceptions as each family member is reduced to primal instincts in a bid to survive. 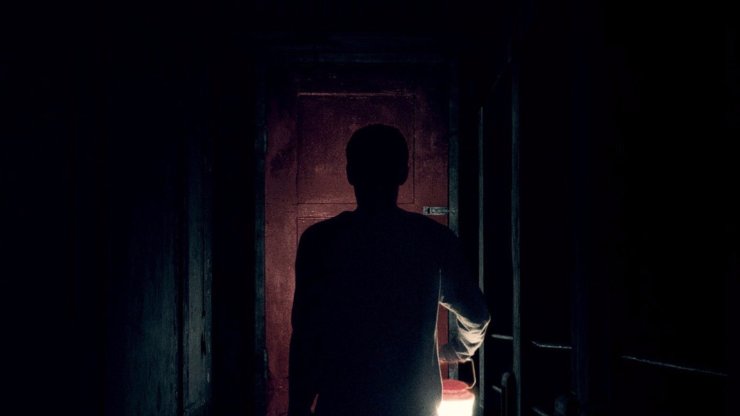 A family member’s descent back into addiction at a family gathering was the inspiration behind Krisha and second time around there’s once more a sense of personal pain beneath the surface. Revealing he penned It Comes at Night while grieving for his late father, his deeply personal touch is reminiscent of Jeff Nichols’ work. From Take Shelter to Midnight Special, Nichols’ low-key films tend to revolve around family, with the latter an expression of anguish while facing the possible reality of losing his son. The personal nature of these directors’ work offers a unique viewing experience, a refreshing singular vision that’s not been tampered with and isn’t manufactured to please everybody.

Similar to 2016’s The Witch, the film may not translate to audiences who prefer the whole puzzle to eventually be laid out before them. However, for those who aren’t blinded by ambiguity and relish piecing a film together themselves, It Comes at Night is an understated gem.

4 thoughts on “Review: It Comes at Night”