Riddled with controversy from the offset, expectations were low for Rupert Sanders’ live-action remake of Mamoru Oshii’s acclaimed 1995 anime of the same name, which was based on a manga series by Masamune Shirow. Ghost in the Shell is better than expected and is certainly a step up for the director of 2012’s Snow White and the Huntsman.

In the near future, the line between humans and machines is blurred as many humans are cyber-enhanced. Anti-terrorism division Section 9 battles against new-age extremists and consists of Major Motoko Kusanagi (Scarlett Johansson), Batou (Pilou Asbæk), Togusa (Chin Han) and led by Cheif Daisuke Aramaki (Takeshi Kitano). The Major believes she is the first of her kind, a human brain encased in an entirely synthetic body, but upon meeting a wanted terrorist, an extremely cryptic Kuze (Michael Pitt), she seeks the truth about her origins. 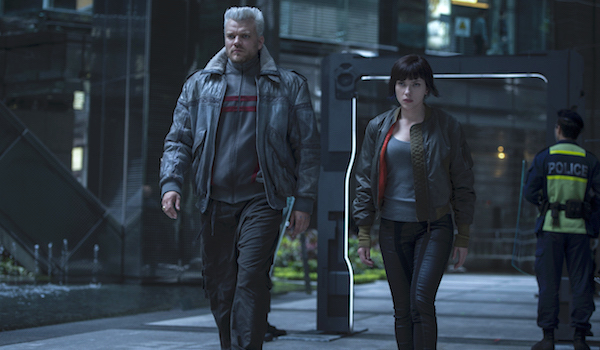 While some scenes are ripped directly from the source material and are incredibly brought to life, the film also takes a detour with the plot and becomes far more accessible to a broader audience. While devoted fans may regard the absence of the original’s enigmatic tone as a dumbing down, Ghost in the Shell manages to respect its anime counterpart whilst increasing its mainstream appeal. Although similar to most remakes, the spark and allure of the original is somewhat lost.

Issues of whitewashing aside, the role of the Major allows Johansson to combine her ass-kicking capabilities she acquired in The Avengers and Lucy, with the more subtle notes she mastered in Lost in Translation and Under the Skin. Unfortunately, the rest of the cast (although solid across the board) aren’t given much screen time. However, Asbæk is charming as the Major’s partner Batou, the exchanges between the two conveying a deep connection to each other, adding a buddy cop vibe to their scenes. Kitano has a forceful presence as their boss, impressively with a minimum of dialogue. Juliette Binoche delivers a classy performance as Dr Ouelet, the Major’s creator, who must not only take responsibility for what she’s created but becomes a mother figure along the way. 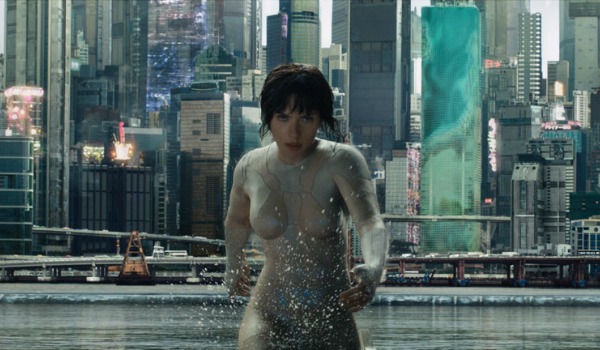 The film’s strength is in its visuals, bringing a bleak futuristic world alive with glaring holograms, Ghost in the Shell’s look is a promising precursor to what can be achieved visually in this year’s Blade Runner 2049.

Ghost in the Shell is a mixed bag, a scattering of lifeless characters that deserved fleshing out, but with a truly lived-in world brought to life. As remakes go, it’s solid enough.