Elle opens with a fragmented glimpse of Michèle Leblanc (Isabelle Huppert) being raped in her home by a masked intruder. The film returns to the revolting assault throughout, the way the mind routinely revisits a bad memory. The calm fallout is unexpected, just as casually as her unperturbed feline friend strolls off, Michèle swiftly resumes her life. Pausing briefly to bin her clothes and bathe, before ordering food. The film doesn’t lessen the severity of rape, it refuses to give the attack oxygen. There’s no question that Michèle is a victim but does her reaction fit your description of the word? It’s one of the many questions the film confronts you with. 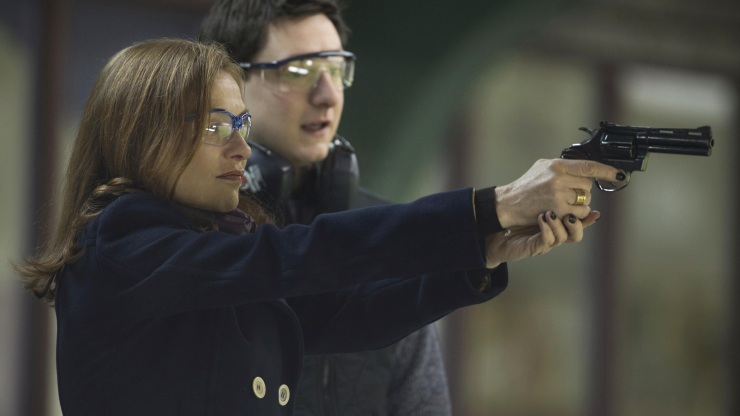 As the head of a video game company, Michèle is detached from her work. Even in the wake of her ordeal, she remains unphased by the violent, sexualised game set to be released. Sex sells and she’s in the business of making money, it’s as simple as that. Seemingly willing to move on from her violation until she suspects an employee, Michèle refuses to contact the police, as childhood memories of her heinous father’s arrest resurface. Instead, she takes matters into her own hands, changing locks, becoming accustomed to using a gun and begins to pursue her attacker.

The rest of Michèle’s complex life hinges on the unbelievable, her surrounding family and friends resemble more of a circus than a social circle. From her ongoing affair with Robert (Christian Berkel), the husband of her best friend and business partner Anna (Anne Consigny). To spying on her new neighbours Rebecca (Virginie Efira) and Patrick (Laurent Lafitte), flirting with the latter on a regular basis. Her mother Irène (Judith Magre) is a cougar, her ex-husband Richard (Charles Berling) is a deflated man and their son Vincent (Jonas Bloquet) is constantly emasculated by his overbearing, pregnant girlfriend Josie (Alice Isaaz). 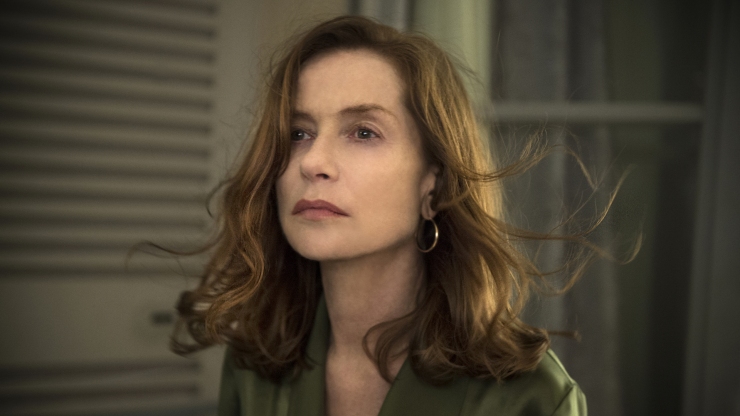 The company Michèle keeps results in many awkward but darkly humorous exchanges, but Elle remains unsettling long after its unflinching opening scene. Challenging and contradictory, the always audacious Verhoeven refuses to provide easy answers. Boundaries are obliterated and lines truly crossed, which is one of the reasons why the film lingers for days on end. The other reason, of course, is Huppert’s dazzling turn as Michèle. With graceful conviction she almost dares the audience to dislike her. There’s a lot of background noise but Elle is without a doubt Huppert’s film, in which she describes her character as a “post-feminist heroine”. Stéphane Fontaine’s elegant cinematography compliments Huppert’s sophisticated presence. Lending a luxurious, sleek quality to the film despite its unapologetically brazen tone.